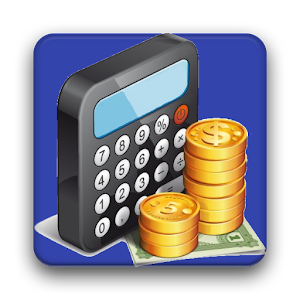 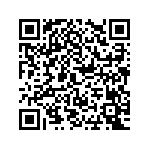 This application calculates numerous pays for US military members.
Pays updated for 2016.
Functionality:
- Base Pay:
+ Calculates base pay based on 1) Years in the Service 2) Pay Grade.
+ For reservists, it calculates the estimated yearly pay based on # of drills and AT/ADT/ADSW days entered.
- Incentive/Special Pays Included:
+ Hostile Fire Pay
+ Aviation Career Incentive Pay
+ Career Enlisted Flyer Incentive Pay
+ Hazardous Duty Incentive Pay (Flying) [AWACS not included at this time]
+ Hazardous Duty Incentive Pay (Other Than Flight)
+ Diving Incentive Pay
+ Career Sea Pay
+ Special Duty Assignment Pay
+ Submarine Duty Incentive Pay
- Allowances:
+ Basic Allowance for Subsistence
+ Family Separation Allowance
+ Basic Allowance for Housing
+ CONUS COLA
+ OCONUS COLA (**-See below notes on OCONUS COLA/OHA)
+ Overseas Housing Allowance (**-See below notes on OCONUS COLA/OHA)
+ Personal Money Allowance
- Medical Officer Pays:
+ Includes all pays from DoD Financial Management Regulation Volume 7A, Chapter 5
- User can email the results to save this information for later use [Incentive/medical pays not included at this time].
** BAH for Reservists:
- BAH is calculated based on your zip code and is not "BAH RC/T" which is the type of BAH applicable for active duty periods under 30 days.  See (http://www.defensetravel.dod.mil/Docs/perdiem/browse/Allowances/Non-Locality_BAH/2013-Non-Locality-BAH-Rates.pdf).
*** OCONUS COLA/OHA:
- Actual OCONUS COLA received is based on the # of days in the month being paid, so it varies slightly per month.
- Some OCONUS COLA and OHA location data is updated monthly by the DTMO, and this app will not be updated each time. On each app update for other reasons, the latest OCONUS COLA and OHA data will be incorporated.
As always, feedback on suggested improvements or possible issues are greatly appreciated. 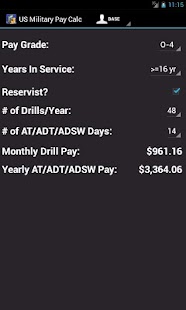 Require Android 2.1 and up

Back to top Back to home


Back to top Back to home